'I wish i had your skills then i would volunteer too'

'I wish i had your skills then i would volunteer too'
To this I say: If you can hand a thirsty person some water, If you can give a blanket to someone that is cold, If you can hold someone and console them while they are grieving or feed someone that is hungry...then you can volunteer anywhere.
Do this without discrimination of Race or Religion..then that is Humanity.

helen zahos
Public
17 Jun 2017
Mem Fox moment
I am supposed to be in New York at the moment, picking out a last minute outfit for a Gala black tie event and preparing a talk at a philanthropy rountable conference that i have been invited to speak at. Instead i find myself sitting here on the GoldCoast, in Australia looking at a packed suitcase i need to unpack again and pondering over the word 'WELCOME'.
An 'Instance or manner for greeting someone' or 'be glad to entertain'. (Thanks Wikipedia you are always at hand).
I guess i'm feeling the opposite to that. Like a door has just been slammed in my face. You see i have travelled all over the world whether on holidays or to volunteer or work with my Nursing and always felt welcome. Never have i been told 'you can't come in', untill several days ago. The USA it seems slammed its door in my face.
I returned from Iraq volunteering in the IDP camps for several weeks outside of Mosul but was staying in Erbil (a green zone for those who may not know), i had no issues returning from Iraq back into Australia, i had expected that i would be questioned on arrival but it was a smooth entry back through customs and i was greeted as i always am in such a way that i am so glad to be back in Australia again. Welcome home!
One can only point the finger at onself when i jumped online at the airport to lodge the ESTA visa, i was told it would take just a couple of minutes by so many people, including the airline staff. Yes, i know. I should have looked into this myself and yes, trust no one!
I soon realised mine had not been accepted, a few frantic checks later and it was clear i would not be getting on this flight. It was even more clear when they called my name over the loudspeaker, once again my last name mispronounced just to rub some salt into the wounds, and told me to present to the service desk. They checked the computer again 'no visa accepted' so i could not board the flight, they then asked me if i was a journalist after looking at my passport and some of the destinations i had travelled to. I said i could be one if they let me on the flight. I was told even if i had have boarded they would detain me and return me on the next flight back to Australia.
I was asked to go and take a seat, i naturally walked towards a coffee place, as coffee in the morning seems to make things that much better. I was leaning on the counter waiting for my liquid gold in a takeaway cup, a sunk stomach and my heart in my throat, when some friends with bright smiles on their faces approached me.
There is something about seeing familiar kind faces when you are in that state, even though you try so hard to keep it together your voice starts to quiver and the disguise of the state you are in disappears. Now, queue the tears and that was me, standing in public sobbing and telling a group of unsuspecting people, the events of that morning. I have to admit, this is not the first time i have cried in public, infact it is fair to say i am a serial cryer. Wether it is a speach im giving accepting an award or delivering a talk on the refugee crisis, generally there is tears. Still it did not make this any easier at this moment.
Coffee did save the day yet again. To the family that bought me coffee, breakfast, listened to me babble senslessly and then drove me back to the goldcoast and home, i will be forever greatful. I'm usually the one helping people and not used to being in the position of being helped. I won't mention your names as you know who you are but also recognise you may not want to be linked with someone that falls under the USA Terrorist Travel Prevention Act. Now i have used the word terrorist publicly, i might add, i will also be on a watch list of somesort or being monitored. Hmm nothing under my desk, ill check for hidden cameras around the house later.
Interesting to say the words Terrorist, homeland security and my name which is linked to Humanitarian Nurse, caring and inspirational in the same sentence. It just does not correlate.
I have since been informed i must sit an interview in 6 weeks to 2 months time in another state of Australia with the US consulate and if i am granted the visa can travel to the USA.
Lessons have been learnt but had i known about this on my return from Iraq i still would not be granted a visa in time to attend the events in New York City, which i was invited to by Americans, but to a country where i am UNWELCOME.
#helenzahos

I want to go and volunteer as a Nurse overseas

So you want to head off overseas and volunteer? Well, before you get too excited here are some tips, things you should kn... 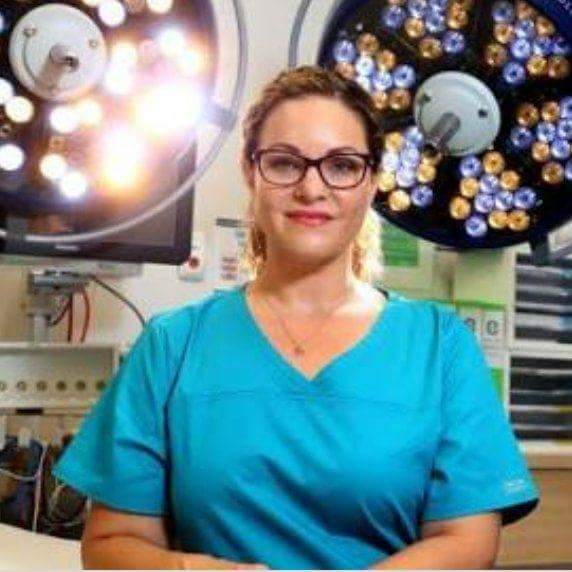